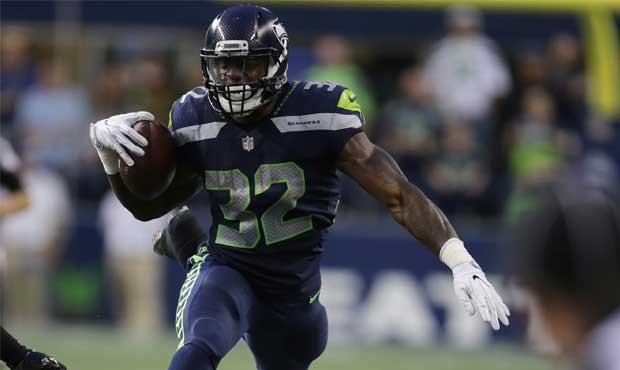 So week two of the NFL regular season is in the books.  If you’re not quite happy with the way your roster is shaking out, we have the top 5 players for you to target on your league’s waiver wire for week three.

Samaje Perine, RB Washington Redskins (owned in 20% of Yahoo and 1.8% of ESPN leagues) :

When Rob Kelly went out with a rib injury against the L.A. Rams, Perine went to work as the lead back for Washington.  While not particularly efficient, he got plenty of action, carrying 21 times for 67 yards with one reception.  If Kelly misses an extended period, Perine is a must-add based on volume alone.  He will come out of the game in favor of Chris Thompson on passing downs, but will see the vast majority of the early down work as Kelly recovers.

With Eddy Lacy inactive and Thomas Rawls looking rusty in the Seattle Seahawks’ week 2 matchup with the hapless 49ers, Carson took over lead back duties and finished with 93 yards on 20 carries.  Clearly looking much more explosive than the rest of Seattle’s backfield, expect Carson to see the majority of early down snaps going forward.  Chris and the ‘Hawks will face a tough matchup with the Tennessee Titans run defense next week, but will then get to feast on the Indianapolis Colts and L.A. Rams, who surrendered a combined 312 rushing yards in week 2.

Against the Indianapolis Colts in week 2, Nelson looked like the fastest player on the field, going for 120 yards on 5 catches with two touchdowns.  Now Nelson and the Cardinals get to matchup with the Dallas Cowboys in week three, the same team that surrendered four passing td’s to Denver Broncos QB Trevor Siemian this past week.  While a boom or bust type player with high upside, Nelson should be the #2 wideout for Arizona with John Brown suffering a quad injury.

Rashard Higgins, WR Cleveland Browns (owned in 2% of Yahoo and .3% of ESPN leagues)

After being promoted from the practice squad before the Browns’ week two matchup with the Baltimore Ravens, Higgins quickly found himself as the #1 target of the Browns’ QBs.  Playing on 54 of the Browns’ 71 offensive snaps against Baltimore, Rashard caught 7 balls for 95 yards.  With news of Corey Coleman’s broken hand, Higgins should now be the default go-to receiver for a team that will throw a ton as they consistently find themselves down on the scoreboard.

While not as available as the other players on this list, if Henry is on the waiver wire in your league, you need to scoop him up.  Out-carrying Demarco Murray 14 to 9, Henry totaled 92 rushing yards and a score to Murray’s 25 yards in week 2.  Murray may stay in the starting spot, but it’s a good bet that the Titan’s will employ the two backs in a 50-50 split.  Whoever the starter is this week, expect big numbers for both as they will face the Seattle Seahawks and their defense who gave up 124 rushing yards to Carlos Hyde in week 2.

Here’s how our  waiver-wire advice for week 2 turned out:

Javorius Allen: 14 carries for 66 yards along with 5 catches for 35 yards and one touchdown in week 2.

Allen Hurns: 6 catches for 82 yards and one touchdown in week 2.