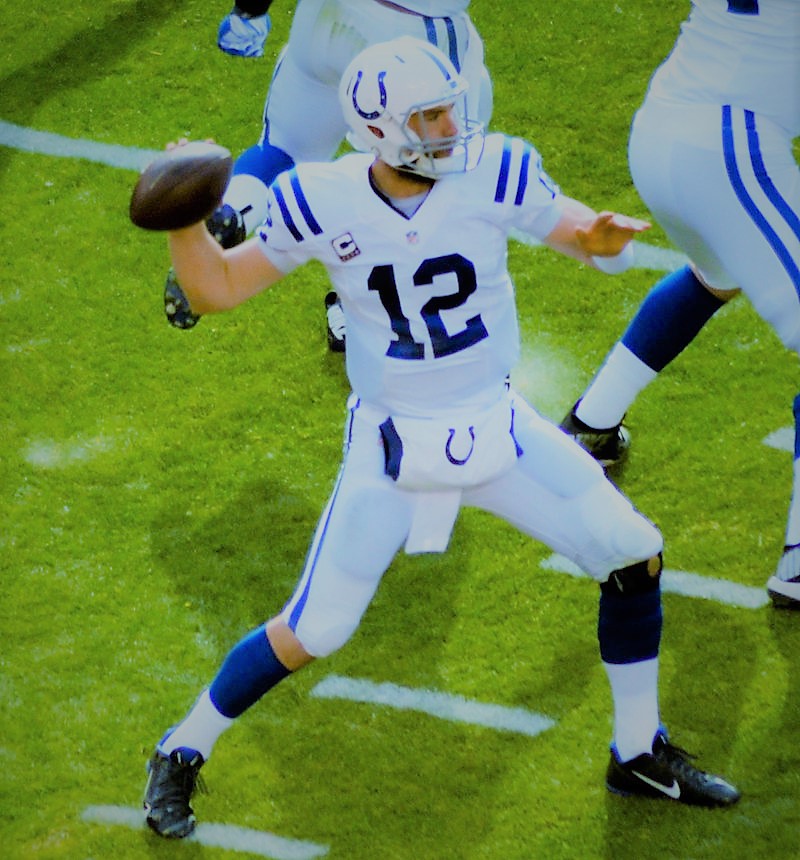 We are eight months since Andrew Luck‘s right shoulder surgery and the waters are still cloudy about his recovery. Most recently the Colt’s head coach, Chuck Pagano, said within the last week that they don’t have a timeline for return. You don’t have to have a medical degree to know that doesn’t sound good. Many analysts are stating that he will likely miss 1-2 regular season games, but I still think that is optimistic and here is why.

We know that Andrew Luck likely began a throwing program sometime around July 24th according to Colts’ Insider Stephen Holder. The rehab protocol for initiating throwing post-SLAP repairs occurs at Stage 3, Minimum Protection Phase, and is the last stage of rehab. This stage can last up to 13 weeks before an athlete is fully released. 13 weeks!

If Andrew Luck follows the typical rehab protocol, it appears Luck started his rehab at the end of July, which puts him finally playing his first down of football post-surgery at the end of October. It is not unreasonable to think that he may start the season on the PUP list and miss at least the first six weeks of the season. This has been the rumor since early August, though nothing has been written in stone at this point.

Personally, I don’t think Luck will be out until the end of October, but saying he will be game ready for the start of the season (7 weeks into his throwing program) or even for the third game (9 weeks into his throwing program) appears to be a bit of a stretch. Nothing about his recovery at this point has been quick or on schedule. One must remember that the studies aren’t all roses with recovery when it comes to SLAP repairs:

Studies indicate that 83 percent of patients reported good-to-excellent results following operative repair, however, only 63 percent of throwing athletes returned to their previous level of play.

I think it is a much safer bet that the Colts’ Franchise star will be ready for their fourth regular season game when they play the Seattle Seahawks on October 1st – three weeks early based on rehab protocol. It’s clear the Colts’ staff does not want to rush Luck’s recovery. Their first three games are against the Rams, Cardinals, and Browns. They could easily go 2-1 without Luck given those match ups and the organization may choose to sacrifice a loss rather than risk further injury/lack of recovery.

As for what you should do when it comes to drafting Andrew Luck, I’d be very cautious in taking him as a top-10 QB even though he does have top-5 QB upside. The delay in his recovery indicates he may not be coming back for several weeks into the regular season. Even when he does eventually return, he may only be a shadow of his former self.  Luck has relied heavily on the long pass throughout his career, and any impairment to his shoulder function may severely inhibit his ability to throw deep.

I’m no orthopedic specialist, but I am a medical practitioner and I have access to research that is helpful in evaluating Andrew Luck‘s recovery at this point as well as the chances of him fully recovering in the future.