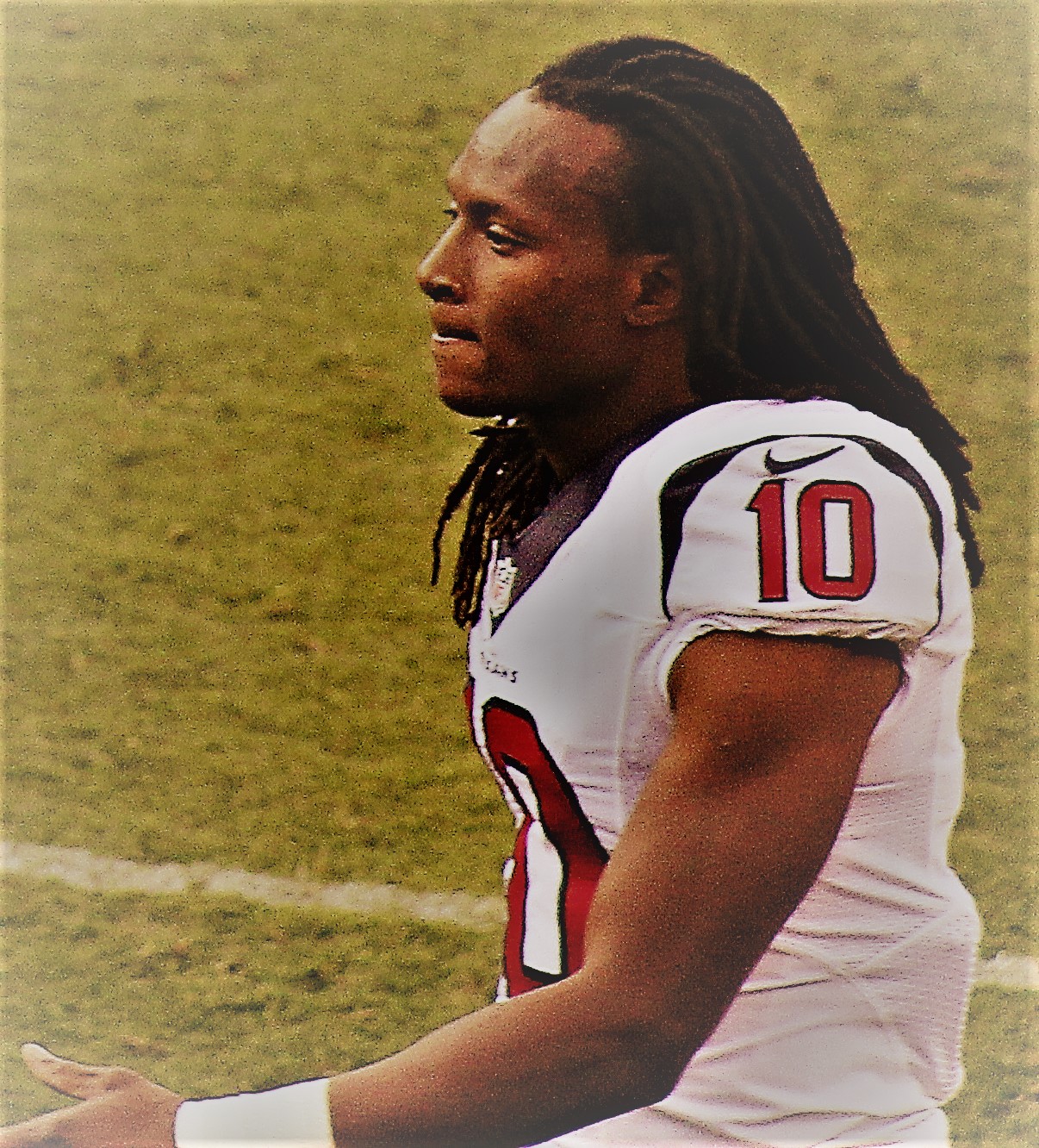 The former first-round NFL draft pick from Clemson looks to take his fifth season with the Houston Texans’ to a whole new level. As fantasy owners, we would be happy if he just took it to historical levels. In 2015 DeAndre Hopkins finished 3rd amongst receivers in receptions (111), receiving yards (1,531), and total targets (192) and finished tied for 7th in touchdowns with 11. Fantasy mangers were salivating at DeAndre Hopkins‘ potential in 2016, but were left disappointed when Hopkins boasted numbers just above his 2013 rookie season. DeAndre finished the 2016 season ranked 29th in total receiving yards (954) and tied for 24th in receptions (78) while scoring only four touchdowns.  It wasn’t a terrible year by any means, but not the first-round draft pick material that many owners expended in attempts to cash in on the promise of continued gains.

Should managers risk it again this year? And if so, what is the earliest fantasy managers should reach for Hopkins during the draft?

After hours of watching NFL film, I’ve come to realize one true fact – wide receivers typically get the ball thrown to them by their quarterbacks. Ok, I’m stating the obvious here, obviously, but it is fair to DeAndre Hopkins to say that a WR is only as good as the quarterback throwing him the ball, and in DeAndre Hopkins‘ case, we should say quarterbackssssssss. There are eight “s” if you weren’t counting, one for every different quarterback who has spent time under center with the Houston Texans since DeAndre Hopkin‘s was first drafted. The amount of success DeAndre Hopkins has in 2017 directly hinges on the success of the quarterback throwing him the ball. There is no question in his ability as a WR, he is still youthful (just turned 25 years old on June 6th), and unblemished from injury. The question is, will the offense find a way to pass him the ball and, more importantly, with any accuracy?

Over the previous four seasons, the Texans’ QB ratings were sub-par, except for a decent QB rating in 2015 (91.5). It’s no surprise that 2015 also coincided with DeAndre Hopkins‘ biggest year.

Despite drafting QB Deshaun Watson in the first round,the Texans are stating they’re going to give Tom Savage (4th round draft pick in 2014) the first crack at the starting job in 2017. His career stats aren’t impressive, but the sample size is small. He has thrown less than 100 balls in five games over the past three seasons and his completion percentage hovers just above 60%.  His QB rating on the 73passes he threw in 2016 was a pedestrian 80.6.  Savage’s most notable moment from his NFL career came in the 21-20 comeback victory over the Jacksonville Jaguars on December 18th after he stepped in for the struggling Brock Osweiler.  Pro Football Focus credited Tom Savage for the win as he flashed a QB rating of 101.7 under duress from a pass-rush. It’s worth noting that Brock Osweiler finished 2016 with a 59% completion percentage, more interceptions than touchdowns (16-15), and a poor 72.2 QB rating.

Tom Savage has had three years experience working in the Texan offense alongside DeAndre Hopkins, and for both the games Savage played in 2016, Hopkins led the team in total receiving yards (he is their #1 WR, so not a huge surprise). DeAndre Hopkins seems impressed with Tom Savage‘s leadership skills and spoke to his status as the starter:

“From last year when he wasn’t playing on the field he was still showing the guys, telling us what we should do, helping us out like he was the starting quarterback. Now that he’s in that role it’s not surprise to anybody on this field that he deserves that role…. He has earned it, not just from playing but from the chemistry he has built in the locker room with everybody.”

Even a slight improvement in QB play with Tom Savage under center would certainly boost DeAndre Hopkins‘ numbers back to his 2014 and 2015 levels.

For now it appears the floor for DeAndre Hopkins is how he performed in the 2016 season and his ceiling is a top three WR in the league. Because of his ’16 performance, DeAndre Hopkins‘ value has decreased in the drafting rooms and in fantasy manager’s minds. Hopkin’s current average draft position (ADP) according to FantasyPros is 27th overall and 11th among WRs.  That’s an early third-round draft pick in typical 12-man leagues.

I think the 11th-ranked wide receiver overall is a fair average draft position for DeAndre Hopkins this year,  given some of the questions that can’t be answered (i.e. how good is QB Tom Savage going to be? Will Bill O’Brien’s decision to be the offensive coordinator be beneficial? Can a WR coach suddenly become a great QB coach?). Especially in PPR leagues, DeAndre could be drafted as high as the 8th-overall WR and still not be seen as a reach.  He’s definitely in the same league as T.Y. Hilton, Michael Thomas, Dez Bryant, and Amari Cooper, all who currently have higher ADPs.

If you end up with DeAndre Hopkins on your team, you will not be disappointed, because he will never truly be a “bust.” He is going to put up solid, if not spectacular, numbers at the very least and sprinkle in a 10+ catch, 100+ yard game on occasion. However, if Tom Savage ends up being a good QB, then you might be lucky enough to enjoy top-three WR production.